​Chelsea are leading the race to sign Borussia Dortmunder's representatives and his club stalled.

Despite impressing in Germany since his arrival in 2016, Pulisic has been outshone by Jadon Sancho so far this season, and has only registered one goal and two assists in seven Bundesliga appearances.

The Mail report that, despite being at the club since the age of 16, Pulisic is refusing to enter into any further contract talks with Dortmund and the club – feeling that their hand is being forced – are said to be preparing to cash in on the youngster, who has been linked with a move to Liverpool for many

With Chelsea facing a future that may not contain Eden Hazard – but may include a lengthy transfer ban from FIFA – the Mail report claims that the Blues are looking to push a move for the USMNT star through as soon as this January.

While no figure has yet been revealed, Pulisic has been valued around £70m in the not too distant past – although Dortmund may be forced to be flexible on that figure to avoid losing a valuable asset for free in 18 months. 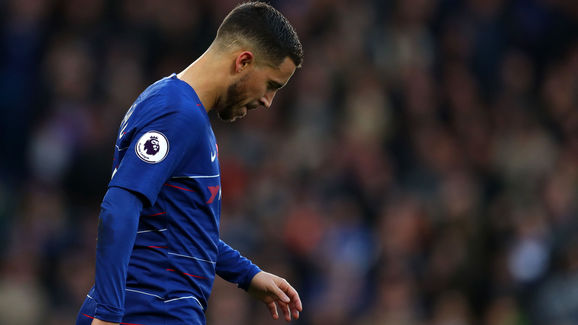 Pulisic has previously spoken of his wish to play in the Premier League, saying before his USA side played England on Thursday: “England, the Premier League, is a league where lots of kids dream of playing so there is no reason why maybe one day I won’t play here.

"As you can see, we are having a great year at Dortmund and I am enjoying every moment of that. Then when the time comes for me to talk in the breaks about my future, then that’s when those things happen. Like I said before, reading these articles [about me], I tend to stay away from that stuff. I know it is going to be there but it is not my priority.”