Mauricio Pellegrino has been appointed as manager of Spanish side Leganes, three months after being sacked by Southampton.

The Argentine, 46, left Saints in March and was replaced by Mark Hughes, who led them to safety.

They won only five of 30 Premier League games during Pellegrino's nine-month spell in charge.

Pellegrino has signed a one-year contract with Leganes, who finished 17th in the table last season.

The Madrid-based club is Pellegrino's third in Spain, after Alaves and Valencia.

Schalke 04 star ​Max Meyer is looking for a new club this Summer, but will not be going to relegation candidates Southampton, who have reportedly turned down the opportunity to sign the troubled attacker.

According to the German publication Bild, Meyer's agent Roger Wittmann offered the Saints the attacking midfielder's services, but were turned down by the Premier League club.

Since deciding on not signing a new deal in February, Meyer has seen little first team action. His last appearance for Schalke came on the 15th April in a 2-0 victory over Borussia Dortmund.

The 22-year-old is currently suspended for criticising Heidel, after Meyer accused Schalke of bullying him. Meyer told Bild: “I was never concerned about the money, otherwise I would have accepted the second improved offer.

“That’s why I find it a mess for Clemens Tonnies to say it on TV as if it were all about money. I simply did not want to stay with Schalke and work under Heidel. It’s all about this. Lately, it just feels like bullying to me. 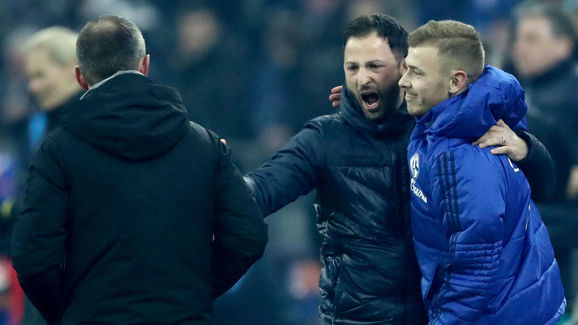 “I did not want to come out and talk. I’ve just had enough of always reading something about myself, but neither Heidel nor Tonnies talked to me. Now they can read how the last two years have been for me at Schalke.”

There is little good to come from this story for both Southampton and Meyer. Southampton are not necessarily in need of such a player, while Meyer has no doubt tarnished his reputation through this bizarre story.

Bild have suggested that Southampton may have been put off by the player asking for a signing-on fee of around €10m.

Holland defender Virgil van Dijk admits he could look at a move away from Southampton when the transfer window opens again in January.

Van Dijk has now been reintegrated into the first-team picture at St Mary's having been training with the development squad after handing in a transfer request at the start of August.

The Dutchman had made it clear he wanted the club to take up the interest from Liverpool, who issued a public apology in June following suggestions of an improper approach for the centre-back.

Van Dijk, though, played in the Premier League matches against Crystal Palace and Stoke before the international break, appearing to now be back in Mauricio Pellegrino's plans.

Despite the apparent reconciliation, the 26-year-old revealed during his preparation for the Oranje's crunch World Cup qualifiers against Belarus and Group A rivals Sweden that he may yet review the situation at the turn of the year.

Speaking in an interview with Fox Sports in the Netherlands, Van Dijk said: "I am glad I am fit again and I can give 100 per cent.

"I am not sorry for anything (which happened). Of course, I wanted to make a step up, but Southampton did not want to sell me, but you're a professional, so now I will give everything to the club.

"Halfway through the season, maybe we can see what is possible."

Van Dijk joined Southampton from Celtic in September 2015 and, at the end of his first season, penned a six-year contract which runs until 2022.